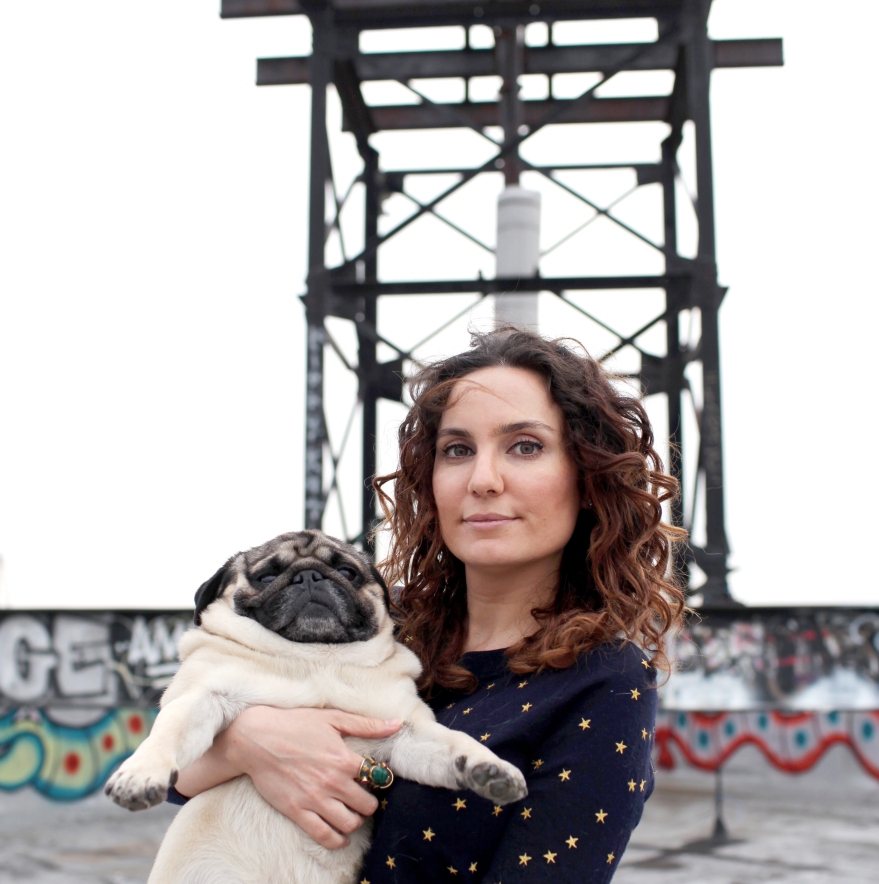 157 of gemma is a cartoon about my life with my chubby and opinionated pug Mochi. I post at least three new drawings every week. The main characters are Mochi, my husband Peli, Mochi’s brothers the Twinchis and me. Mochi is a very happy and sweet pug that sees life in a particular way. In his world his happy life with his Mom (Mami) is truncated by the constant presence of his Dad. Also, he thinks he is human and he shouldn’t walk up the stairs, that is why mums are for. Some of our adventures are collected in the book Mi vida con Mochi.

My name is Gemma Gené, I was born in Barcelona where I grew up drawing everything that went through my mind. In 2012 I started the cartoon 157 of gemma as a way to escape from my Architecture undergrad final thesis project. I started publishing the doodles I would do during class since I was a kid in a blog (I know, great student much?). In 2013 I moved to New York where I work as an architect and visual artist. When I moved to NY I stopped drawing this cartoon, it wasn’t until 2014 that I started drawing about my pug Mochi in the subway on my way to and back from work and posted the cartoons on social media.

Mochi was born in Girona, Spain, on August 11th 2012. He joined our family in October 20th 2012 and moved to New York in May 2014. He is super sweet and well behaved, but he can be very sassy and pretty much does whatever he wants. His favorite activities include sleeping, eating and going for walks, specially when he is being carried. Mochi has many friends, most of them humans. Mochi lives happily in Bushwick and works very hard every day inspiring cartoons.

Huey and Duey, also known as the Twinchis, are Mochi’s twin rescued brothers. Unlike Mochi, the Twinchis are very active and curious. They love playing with each other and annoying Mochi. They spent most of their time making confetti out of books they destroy and getting into all sorts of trouble.

All content © Gemma Gené 2021.
No reproduction without express permission is allowed.